What Does Being Labeled As A Foreign Terrorist Organization Mean? 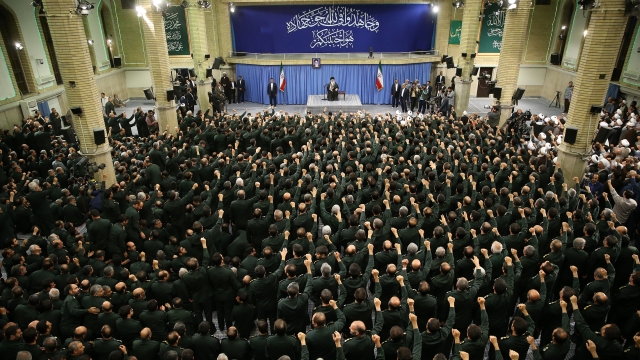 The U.S. has designated Iran's Islamic Revolutionary Guard Corps as a foreign terrorist organization. That designation went into effect Monday. It's the first time America has given that label to another country's military. But what exactly does that mean?

The State Department says the designation is a way to curtail terrorist activity and put pressure on those who support terrorist groups.

Any member of a designated foreign terrorist organization who isn't a U.S. citizen is not allowed to enter the U.S. and can sometimes be removed from the country.

If any U.S. financial institution becomes aware that it's housing funds for a foreign terrorist organization, it has to report it to the Treasury Department.

And it's illegal for anyone in the U.S. to knowingly donate money to a designated foreign terrorist organization or provide things like weapons, facilities, explosives or personnel.

Iran's Revolutionary Guard Corps has a large impact on the country's operations. It influences the Iranian economy and political system, and oversees its ballistic missiles and nuclear programs.

Experts say by labeling the group a terrorist organization, the Trump administration is putting maximum pressure on Iran to change behavior it views as destabilizing to the region.