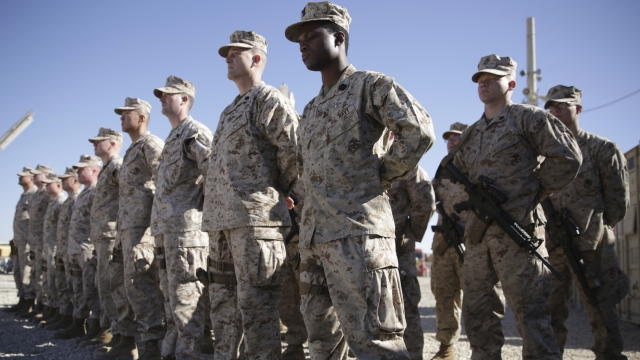 President-elect Joe Biden's defense policy is expected to be defined mostly by four issues: COVID-19 — at least initially — as well as China, Russia and technology.

"The costs of maintaining a very high-tech and excellent all-volunteer military continue to grow, usually faster than inflation. And of course, Russia and China had become much more challenging over the last half dozen years or so ... and those threats haven't changed because of COVID or the election of Joe Biden or the riots of last spring and summer or anything else, those threats are still there," senior fellow in foreign policy at the Brookings Institution Michael O'Hanlon said.

Biden has stated he does not see major reductions in the defense budget, especially as the military's focus turns to China and Russia. He also has said the Pentagon needs to prioritize investing in emerging technologies.

"We're going to have to do that without pretending that the world has somehow gotten safe and that we can afford to lower our guard," O'Hanlon said.

But some analyst believe defense spending may be under severe pressure for the next couple years following four years of increased spending under Trump.

"At best, they were looking at a flat-top line. And at worst, because of the pandemic and the economic dislocation and the social unrest, there is talk about a large decrease, you know, perhaps 10 or 15 percent, from the defense budget," retired Army Major General John Ferrari said.

The president-elect also "backs a small footprint for U.S. troops in the Middle East," stating these "forever wars have to end."

"In many ways we resemble a yo-yo approach to the Middle East. We go in, we come out, we go in and come out. ... The Middle East is a very difficult situation, and it can't boil down to are you in or are you out?" Ferrari said.

President Trump's recent decision to draw down the number of troops in Afghanistan and Iraq to 2,500 in each country could present a challenge for President-elect Biden.

"Can we protect the bases where our people live well enough that the Taliban don't feel like they have an opportunity to try to override some of them? That would be a true tragedy if that were the case," O'Hanlon said.

Biden will have the power to reverse the drawdown decision once in office.

"He doesn't have to build them up a lot. I think the number we're at now, of around 5,000 U.S. troops in Afghanistan, is more or less the right number," O'Hanlon said.

At the end of the day, the Defense Department's main mission is to protect the U.S. from hostile countries like North Korea or Iran. But in the age of COVID, it could also entail responding to congressional challenges regarding defense spending.