In 2018, Communism Lives On In China — Here's What It Looks Like Now 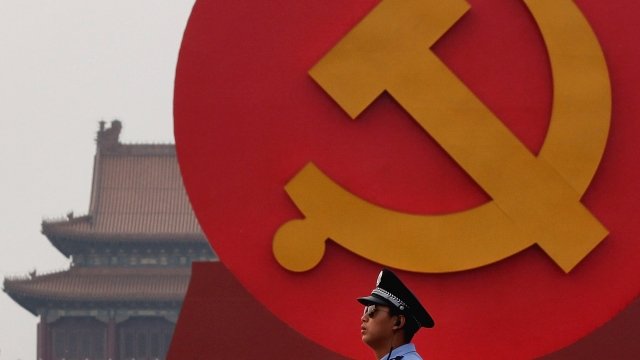 The Communist Party of China, or the CPC, was born in in 1921. But it was conceived when the Russian Revolution ended in 1917.

Some of the first CPC members were interested in Western individualism and culture. Then they made a sharp turn toward Marxism following the Bolshevik victory.

Here are decisive dates in the Communist Revolution of China:

Early 1920s: Mao Zedong and other leaders begin organizing labor unions in urban areas. The CPC and the Nationalist Party join forces here during this period.

1927: The Nationalist Party breaks with the Communists. Civil war breaks out between the two.

1949: With the Nationalists defeated, Mao formally establishes the People's Republic of China, which still exists today. 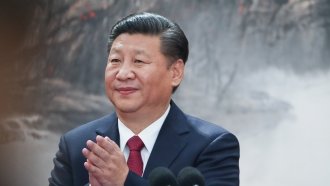 1966: Mao launches the "Cultural Revolution," calling on the nation's youth to purge the "impure" elements of Chinese society and revive the revolutionary spirit. Some 1.5 million people are killed; millions more suffer imprisonment and torture.

1972: President Richard Nixon visits, and both countries declare a desire to normalize relations.

1976: Mao dies. The "Gang of Four," including Mao's widow, jockey for power but are arrested and convicted of crimes against the state, with a party institutionalist left holding power.

1986-90: China's "open-door policy" encourages foreign investment and development of a market economy and private sector while still being a Marxist-Leninist system. Still just one party in town.

1989: The government cracks down on student protests in Tiananmen Square while being watched by the world. The students are opposing heavy-handed, corrupt leaders.

The CPC claims 86 million members, of which 77 percent are men. Here's a breakdown outlined by the Council on Foreign Relations:

— The CPC convenes its National Party Congress every five years. Nearly 3,000 delegates elect the president. They decide major policy issues and choose the Central Committee, which has about around 370 members.

— The Central Committee acts as the board of directors for the party and selects the Politburo, which has only 25 members.

— The Politburo elects a seven-person Standing Committee, which is the nucleus of CPC power.

— Xi Jinping is a member of that Standing Committee. He is general secretary, president and head of the military. He exerts enormous influence in setting parameters for government policy.

And it looks like President Xi will serve indefinitely. The party has its leader. And the nation has what appears to be an emperor for life.