What Do The BAFTA Winners Say About The Upcoming Oscars? 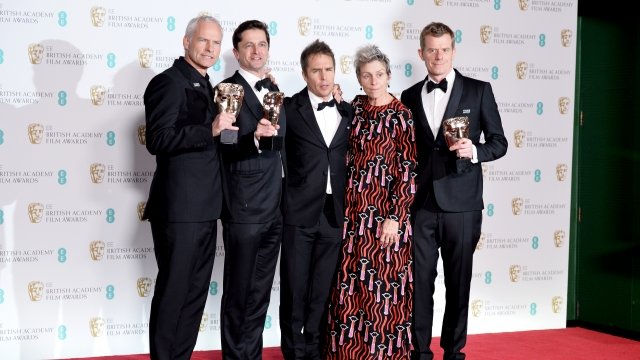 SMS
What Do The BAFTA Winners Say About The Upcoming Oscars?
By Katherine Biek
By Katherine Biek
February 19, 2018
"Three Billboards Outside Ebbing, Missouri" won five of the top honors at the British Academy of Film and Television Arts movie awards.
SHOW TRANSCRIPT

The BAFTAs are essentially the U.K.'s version of the Oscars. But that doesn't mean Sunday's winners are surefire indicators of who will take home an Academy Award March 4.

The two awards shows haven't agreed on a best picture winner since "12 Years a Slave" in 2014.

But the two have selected the same best actor and best actress winners seven and eight times, respectively, over the last decade.

Other 2018 BAFTA winners include Gary Oldman, who won the award for best actor for his portrayal of Winston Churchill in "Darkest Hour," and Allison Janney, who won best supporting actress for "I, Tonya."