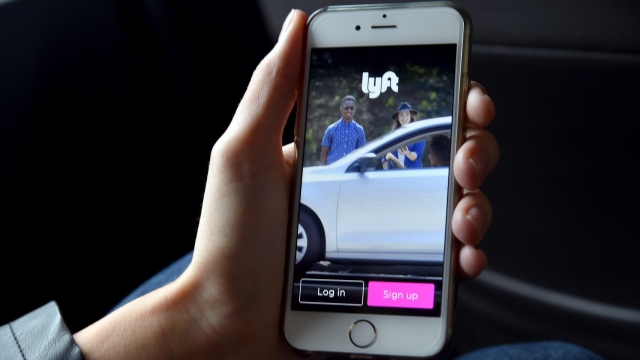 SMS
What The History Of Tech IPOs Could Mean For Lyft's Public Debut
By Cristina Mutchler
By Cristina Mutchler
March 29, 2019
Ride sharing company Lyft's share price jumped more than 20% over its IPO price at the start of its public trading on the Nasdaq Friday.
SHOW TRANSCRIPT

The nation's second-biggest ride sharing service officially went public Friday, and it's garnering a lot of speculation about how the tech sector's doing on Wall Street.

Lyft shares opened up at $87.24 on the Nasdaq, which is up more than 20 percent from its original IPO price of $72. It ended the day at right around $78. That values it at more than $20 billion, and makes it one of the most valuable American tech companies to go public over the last ten years.

Lyft's debut is the first in a series of expected tech public offerings this year, so investors are keeping a close watch on how this stock performs. It's viewed as a test case for how rival Uber could fare when it likely starts trading on the New York Stock Exchange in April. Experts predict that IPO could become one of the biggest in history.

Bloomberg says there were more U.S. big tech public debuts in 2018 than in any year since the financial crisis, and 2019 is also expected to be strong.

But is there enough investor demand to accommodate for the influx of Silicon Valley companies in the pipeline, like Pinterest, Airbnb and Slack?

To answer that question and to help figure out the future of tech IPOs, we should look at the past.

Google's IPO listing in 2004 had it valued at $23 billion, which was pretty monumental at the time. 15 years later, Its parent company Alphabet is currently valued at more than $800 billion, and Google's now one of the largest companies in the world.

In 2012, Facebook garnered a lot of attention when its IPO hit more than $100 billion, making it the third-largest in history. The company has performed well over the years, but has faced its share of losses over public relations and privacy challenges.

A year later, Twitter held its initial public offering on the New York Stock Exchange -- and saw a 73 percent increase in one day. That put it up there with Google and Facebook's first day success.

And most recently, there was Snapchat in 2017. While it did have a very promising first day of trading, the app hasn't been able to keep up user growth.

Back to Lyft. The company's growth has been fairly quick, as it branches out with scooters, bikes and eventually driverless cars. Its revenues doubled in 2018, but its losses also grew, and its profitability is questionable.

That last part could be a drawback for investors. One IPO analyst told CNN some could be cautious about buying into Lyft long-term, saying the company hasn't given a lot of detail about how it records revenue.

"This is obviously a very well-known company, so from a supply and demand perspective this IPO will no doubt be a short-term success, but the things that you would want to know to do the analysis to know what long term risks you're taking isn't possible with the numbers provided by the company," said Rett Wallace, CEO of Triton Research.

In any case, experts say it's a good sign that the market's craving IPOs, with Lyft potentially paving the way for its counterparts down the road. And while it makes sense to look at similar companies' past performances for reference, IPOs are only a beginning marker for long-term public success.