Balancing Act: When 3 Programs Use Two-Thirds Of The US' Budget 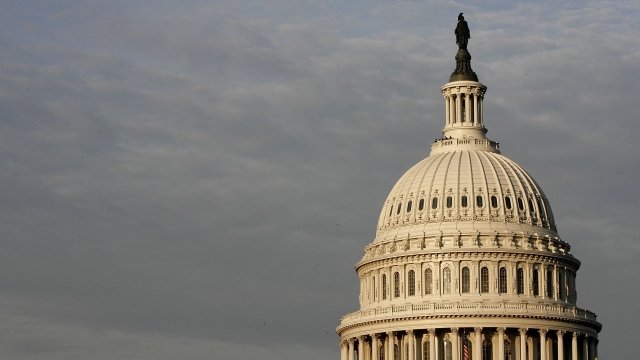 The federal budget breaks down into two major categories: mandatory and discretionary spending.

Budgets, by their nature, are a big pain in the bank account. Deciding how to spend your dough takes prioritization. Some bills must get paid. Some items might. And a few things are just for funsies.

Same thing with the government. The federal budget breaks down into two major categories: Must-pay and might-pay.

Let's start with "must." This is called "mandatory" spending. Just like you have to pay the mortgage and car loan, the government is required to cover about two-thirds of the budget no matter what. Entitlements fall into this category: Social Security, Medicare, Medicaid. The heavyweights that consume the most money.

Plus, the Congressional Budget Office says you also have "unemployment compensation, retirement programs for federal employees, student loans, and deposit insurance." The mandatory spending spreadsheet is packed. It's not subject to annual negotiations, and it's almost completely laid out by preset formulas. It thus accounts for 65 percent of the entire budget, reports the National Priorities Project.

Now, most of the other government programs are in the "might pay" bracket, or "discretionary" spending. In real life, we might allot these leftover funds for gourmet food or gas money. All very important things, but not do-or-die, if we cut corners.

Congress is in charge of splitting up this section of the budget every year through the appropriations process in 12 separate spending bills.

Discretionary is smaller, but it still accounts for over $1 trillion. The funds go to things like "most defense, education, and transportation programs" and almost anything else Congress wants, according to the CBO. Some of these programs, like the FBI, are heavy-hitters. Some fit more neatly in the "funsies" category, written to entice certain members to vote for the budget.

It's worth noting that Congress and presidents rarely work within the strictures of the budget available, meaning the country has to borrow money from investors and foreign governments and then pay interest on past loans. That interest is also a must-pay — no getting around it.

That's how the budget breaks down, just like yours. Mandatory. Discretionary. And always tighter than you want.