What Cassini's Final Descent Into Saturn Taught Us About Its Rings 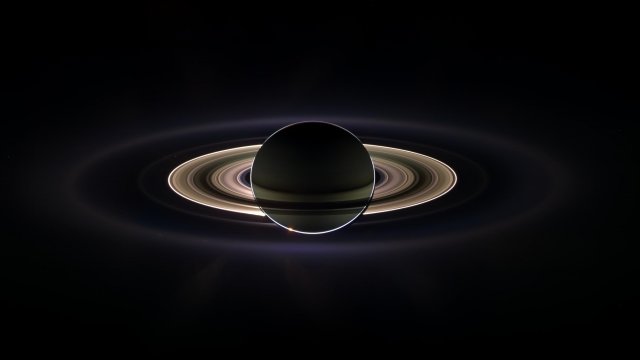 By Tyler Adkisson
October 4, 2018
According to this new research, Saturn's rings might play a much bigger role in the planet's atmospheric makeup than previously thought.
SHOW TRANSCRIPT

In 2017, after 13 years orbiting Saturn, Cassini ended its mission by crashing into the planet's atmosphere. We've seen the stunning images of its descent, but now, scientists are starting to publish research based off of measurements Cassini took in its final moments.

Cassini's last job was to collect chemical samples of Saturn as it fell into an unknown region between its rings and through the planet's upper atmosphere. Scientists say they had to wait until the end of the spacecraft's life to get these recordings. The close-in maneuvers were too dangerous to try earlier in the mission.

But what Cassini found could change the way scientists think about how planets like Saturn form and evolve. It turns out Saturn's rings have much more of an effect on its atmosphere than we thought.

For one thing, those rings are made up of a surprisingly complex mix of chemicals. Scientists previously believed the rings were almost entirely made of water, but Cassini detected methane, ammonia, carbon dioxide and carbon monoxide in the rings as it flew by. 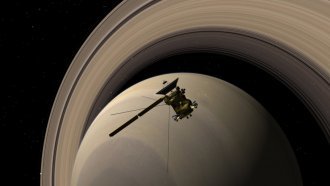 That material leaves Saturn's rings in powerful downpours that reach all the way down into the planet's atmosphere. Scientists knew the rings could cause storms, but now we know they're especially fierce: Cassini found the rings can lose 10,000 kilograms of material through these storms every second.

Additionally, researchers found that since Saturn's innermost rings move quickly, the dust grains that shoot out of them enter the atmosphere "at satellite speeds." This seems to be heating up the atmosphere and changing its makeup.

It's changing the rings themselves, too. The inner rings are losing dust so quickly that scientists have shortened their predictions for how long they'll last.