What Became Of America's '47 Percent'? 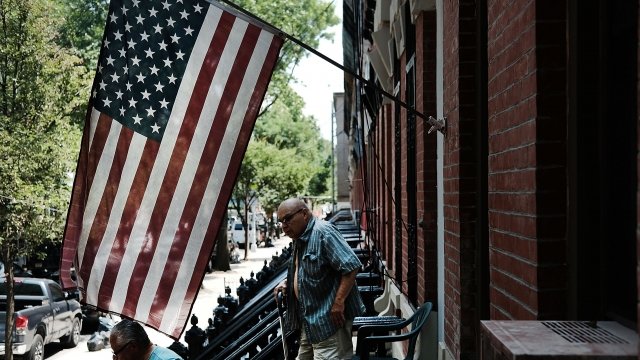 Half of Americans are "victims" who think the "government has a responsibility to care for" them. Actually it's 47 percent of voters, if you want to get technical. That was the figure tossed out at a private fundraiser in Florida, held for a mega-wealthy Republican nominee, just a few months before a presidential election.

Not Donald Trump. Mitt Romney. And many think it sunk his campaign when the video came out. These people, Romney said, were united by two things: They "pay no income tax" and also, they would vote for Barack Obama "no matter what."

As we head into the congressional midterms and presidential races, we ask: What became of the 47 percent? And how will they affect the upcoming elections? Here are the basics: The year before Romney's remarks, the Tax Policy Center estimated that 46.4 percent of Americans would pay no federal income taxes in 2011. Let's round up to 47 percent, just for the sake of consistency. 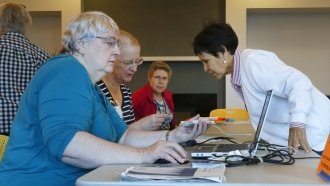 White Women Voters Are A Wild Card — And Wildly Important

Romney was making a point, but it was a flawed one. At the time, all but 18.1 percent of Americans paid either federal income or payroll taxes. Almost all Americans still paid sales tax. And some of them also paid state or local income taxes.

Here's the irony: It looks like Romney was counting out his own supporters. People earning less than $27,000 a year did not pay federal income tax and made up about half of the 47 percent. They didn't reject Romney wholesale; 35 percent of them chose the Republican.

Then you have senior citizens, who accounted for almost one-quarter of the 47 percent. Same story here: 56 percent of the 65-plus crowd went for Romney.

Trump's 2016 victory map changed everything. He pulled off wins where Romney failed — states like Pennsylvania, Ohio and Michigan.

That raises the question: Was there ever a predetermined voting group in the Trump-Clinton election based on government dependency? In a word: "no." Evidence points to education, not income, as the real story.

In other words, Americans with more education, and typically higher salaries, went Democrat in these places, while the less educated Americans who generally had lower salaries went Republican.

That's admittedly a macro look because college-educated whites chose Trump, but overall, this picture radically departs from Romney's vision of one self-contained, self-sufficient majority and a habitually dependent, liberal minority.

Looking to the future, keep an eye on education, class and race. Something as simple as 47 percent is likely just that: too simple.