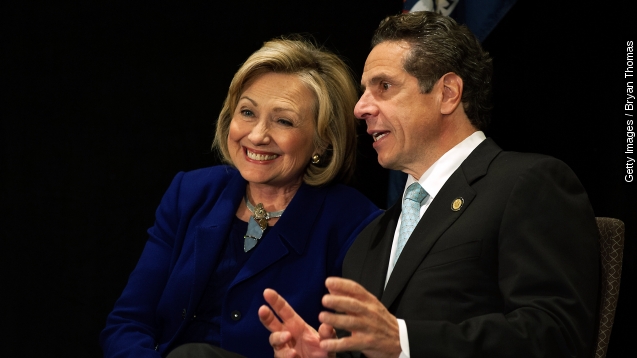 Many Democratic superdelegates are already backing Hillary Clinton over Bernie Sanders in the coming primary season. (Video via Hillary for America)

But what is a superdelegate, and why are they so important?

Every Democratic member of Congress, Democratic governor, and elected members of the Democratic National Committee are automatically superdelegates — the party elites.

Republicans, on the other hand, don't have this system.

Superdelegates only make up about 20 percent of the delegates needed to win the nomination, but they also tend to know which way the political winds are blowing.

"What's highly correlated with who becomes the nominee is the number of party elite endorsements a candidate has in the year before the election," political scientist Lynn Vavreck told NPR last month. (Video via Bernie 2016)

So endorsements by superdelegates can be pretty important for building momentum going into primary season.

And unlike normal primary delegates, superdelegates don't have to vote based on results from their state primaries.

Still, they're not locked into their votes until it comes to actually electing the nominee. If Sanders won every state, it’s likely that the superdelegates would go to him too in the end.