Here's How Some States Are Already Reducing Prison Populations 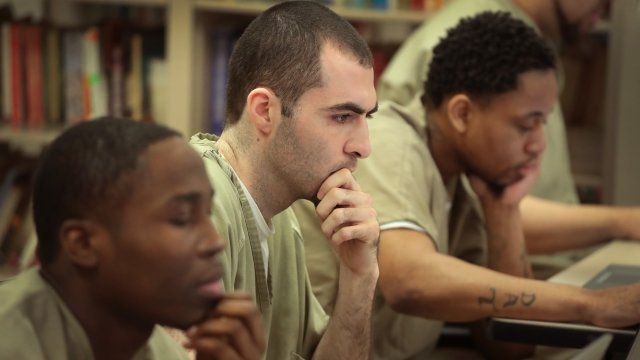 Let's play a game: I'll tell you the facts and you guess the state I'm talking about. 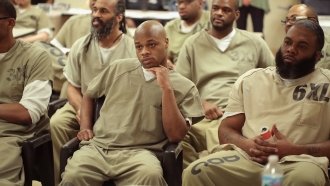 Since 2007, the Lone Star State has been tinkering with its criminal justice system, diverting low-level drug offenders to treatment rather than locking them up. It's true that some left-leaners like New York and California have reduced their prison populations. But so have crimson states like Mississippi, Georgia and South Carolina.

There is a push to resolve racial disparities in the criminal justice system. In the U.S., 1 in 3 black men and 1 in 6 Latino men are incarcerated during their lifetimes, compared to 1 in 17 white men. Then, there's the money. Since 2007, Texas has saved $3 billion thanks to reforms.

We've seen some action on Capitol Hill, including the House passing a bill in May 2018 called the First Step Act. The main idea is to offer inmates opportunities to participate in anti-recidivism programs designed to keep them out of prison once they're released. Think job training, gaining in life and professional skills. These programs could also lead to early release from prison.

But First Step has been languishing in the Senate. Some members don't want so-called "back-end" reform — meaning changes to what existing prisoners are offered — without also getting "front-end" reform, where the sentencing process is also changed.

Republican Sens. Chuck Grassley and Lindsey Graham fall in this camp. So do Democratic Sens. Cory Booker, Kamala Harris and Dick Durbin. Some of them fear that a sentencing bill can't later pass all on its own.

As for the White House? President Trump has said he wants First Step at his desk, though it's unclear where he stands on wider reforms. His son-in-law Jared Kushner has been a strong advocate of criminal justice reform overhaul behind the scenes.

And ultimately, consider this: First Step gives Attorney General Jeff Sessions discretion over which prisoners can access rehabilitation programs. Given his personal opposition to reforms, some critics question whether he will vigorously enforce the law's provisions if it does in fact pass.

With questions of war and peace, jobs, elections, health care and terrorism, it's hard for criminal justice reform to ever become a leading issue.