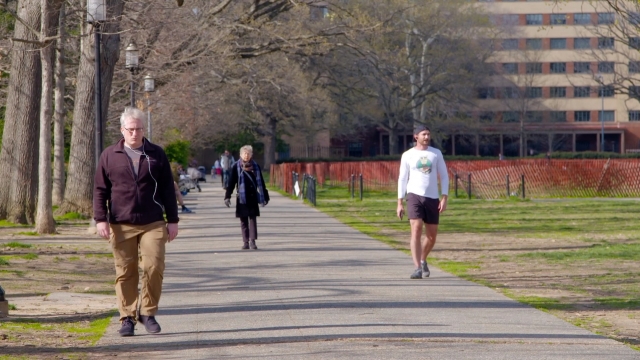 SMS
27M People May Soon Lose Health Insurance. What Are Their Options?
By Amber Strong
By Amber Strong
May 15, 2020
A report from Kaiser Family Foundation says roughly 6 million workers may not even have Medicaid or the ACA marketplace as options.
SHOW TRANSCRIPT

The future of the Affordable Care Act hangs in the balance due to a Supreme Court challenge.

And right now, Obamacare is one of the backup plans for the 27 million people estimated to lose their employee-sponsored insurance due to COVID-19.

“Because of the Affordable Care Act, there ... is a safety net for people who lose their health coverage through their job. The two main avenues that we've identified for people are, first, Medicaid coverage, particularly in states that expanded eligibility for adults. And then the second is the ACA marketplaces, where many people are eligible for subsidies to offset a large portion of the premium cost,” said Rachel Garfield, co-director of the Kaiser Family Foundation program on Medicaid and the Uninsured.

But those options have limitations. According to a report from Kaiser Family Foundation, roughly 6 million workers and their families may still go uninsured.

“Some of them are people who are ineligible for coverage for a variety of reasons. It may be their citizenship status, they may be living under poverty, but in a state that has not expanded Medicaid,“ explained Garfield.

Democrats are looking at other options for the recently uninsured, like providing subsidies for COBRA premiums.

COBRA is a law that allows employees to stay on their insurance plan after they are no longer employed.

The measure to subsidize COBRA is part of the HEROES Act, House Democrats’ latest coronavirus stimulus package. Although some progressives aren't on board with enhancing COBRA.

“Why we are subsidizing COBRA is very frustrating,” said Rep. Ro Khanna.

Members of the House Progressive Caucus hoped to see expansions to Medicare or Obamacare instead of enhancements to COBRA, which critics say often has costly copayments and deductibles.

The plan is also panned by the president and Republicans, with little chance of passing in the Senate.

Sen. Bill Cassidy’s office told Newsy in a statement the Trump administration has already set aside $10 billion to cover the COVID-19 treatments needs of the uninsured.

Majority Leader Mitch McConnell’s office didn’t respond to our request for comment on a GOP plan for health care beyond COVID-19. He has said the next bill must include protection for hospital workers from lawsuits, but no word on incentives for the uninsured.