What Are Black Lives Matter Activist DeRay's Chances Of Being Mayor? 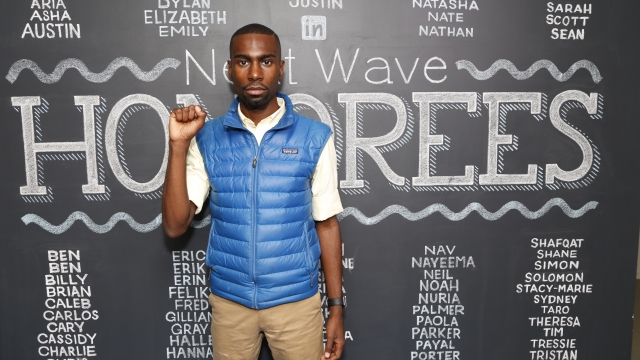 SMS
What Are Black Lives Matter Activist DeRay's Chances Of Being Mayor?
By Christian Bryant
By Christian Bryant
February 4, 2016
DeRay Mckesson is a latecomer to Baltimore's mayoral race, which already has 12 other Democratic candidates.
SHOW TRANSCRIPT

Mckesson reportedly filed just minutes before the deadline, making him the 13th Democratic candidate vying for the position currently held by Stephanie Rawlings-Blake. (Video via WMAR)

Mckesson is popular. He's chatted with Democratic presidential candidates and made late-night talk show appearances, all while wearing his unmistakable blue Patagonia vest.

But what are his chances of actually becoming mayor of Baltimore?

For starters, Baltimore residents are mostly black Democrats. It's widely believed that the next mayor of Baltimore will emerge at the Democratic primary on April 26 and likely will go on to win the general election in November.

In fact, Baltimore hasn't had a Republican mayor since Theodore R. McKeldin left office in 1967.

But Mckesson is, by most accounts, a nontraditional candidate who is late to the race and will need to catch up. (Video via Loudspeaker Films / Teached)

Recent polling numbers regarding Democratic candidates show that former Mayor Sheila Dixon is the early front-runner, with Catherine Pugh and Carl Stokes coming in second and third, respectively. A quarter of those polled were still undecided. (Video via WJZ-TV)

And despite Mckesson's notoriety, journalist Sean Yoes told The Baltimore Sun the latest mayoral candidate might not be that well-known among older black women, who have reportedly played a big role in past elections. (Video via YouTube / AFRONewspapers)

It's clear Mckesson has some work to do. But another poll conducted by the University of Baltimore and The Baltimore Sun in November indicated Baltimore residents are "less likely [than voters statewide] to sympathize with police, and they are more likely to see joblessness and racism as a cause of April's unrest." Those demonstrations were related to the death of Freddie Gray.

Taking that into account, Mckesson's work — like Campaign Zero, which focuses on ending police violence — could help him resonate with Baltimore voters.

He wrote in a blog post, "with the right ideas, the right passion, the right people, we can take this city in a new direction."

Mckesson added that he'll release a policy platform within the coming weeks.