What Angelina Jolie Taught Us About This Cancer-Related Gene 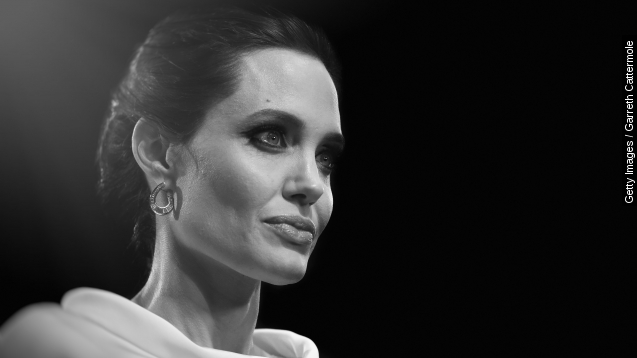 About 12 percent of women will develop breast cancer during their lives.

But for women who have BRCA gene mutations, the risk increases significantly.

"My name is Shelly Silvey. I was diagnosed with BRCA2," said Silvey, explaining her journey with breast cancer.

There are two BRCA gene mutations. With BRCA1, 55-65 percent of women will develop breast cancer. With BRCA2, it's around 45 percent.

"My surgeon actually said you have the 'Angelina Jolie gene.' And I was like, 'Why couldn't I get one of her better genes?'" Silvey said.

Angelina Jolie carries the BRCA1 mutation. She made the decision to have a preventive double mastectomy and shared her story with the world.

"I didn't expect there to be so much support. And I was very moved by it. It's connected me so much to other families, other women. So, it's been a really beautiful journey," Jolie said.

"A lot of centers have actually tracked the 'Angelina Jolie Effect' and have seen that about a third increase in their patient volumes following her reveal of having her prophylactic mastectomies. It also opens up the conversation a bit more," said Stacey Miller, a genetic counselor at the Ellis Fischel Cancer Center.

So who should be talking about it? Women most at risk include those with family history of breast, ovarian or other cancers; are of Ashkenazi Jewish descent; or have bloodlines from Norway, Iceland or the Netherlands.

So what can you do if you think you may be at risk? See a genetic counselor.

"The whole purpose of what we do on a daily basis as a genetic counselor is to hopefully identify high risk individuals and families and to potentially to prevent them from getting cancer in the future, or to detect it earlier so we have a better chance of beating the cancer, or to take some of that risk away with risk-reducing medicines. Our overall goal is to only do testing if we think that testing is going to have a meaningful impact on a patient and their family," Miller said.

A positive test doesn't mean you will get cancer — just that you are at a higher risk.

And you can manage those risks with enhanced screenings, risk-reducing surgeries or chemoprevention.

BRCA gene mutations are also linked to ovarian cancer and male breast cancer. And genetic testing gives you the power of prevention.

"The bottom line is get tested early and often, go get the mammograms when you’re 40, or if you're at higher risk, go younger, do the self exams, go see your regular physician once a year and make sure that you're doing everything you can to work on preventative care," Silvey said.