What A Tiny Rodent's Brain Can Tell Us About Love 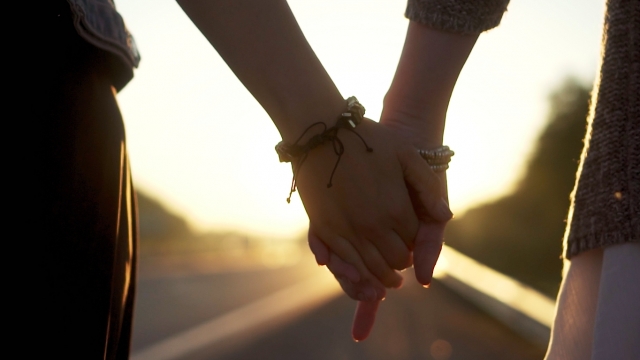 SMS
What A Tiny Rodent's Brain Can Tell Us About Love
By Lindsey Theis
By Lindsey Theis
February 14, 2019
From monogamy to attraction, lust to attachment, how does the human brain process love? One researcher says we can find the answers in a tiny rodent.
SHOW TRANSCRIPT

On Feb. 14, love and relationships can be on the top of many people's minds.  But how do our complex brains process affection and pleasure? What do we really know about the science behind love?

According to anthropologist Helen Fisher, romantic love is divided into three categories: lust, attraction and attachment. Lust stems from desire and and the evolutionary basis that we need to procreate. It's where the hormones testosterone and estrogen come into play. Attraction and attachment are a result of high levels of dopamine, norepinephrine, oxytocin and vasopressin. When it comes to where in the brain and when these hormonal releases occur, that's where Zoe Donaldson comes in.

"We definitely have the capacity to fall in love, but when it comes down to it, we're actually really complicated in our mating systems," says Donaldson, an assistant professor and neuroscience laboratory director at the University of Colorado Boulder. 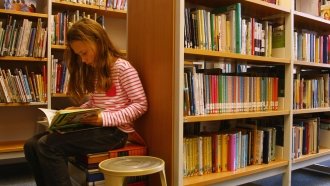 Donaldson researches the brain chemicals and biological processes that enable humans to form lasting bonds with others — or fall in love. She's paying attention to two key hormones at play in mammals: vasopressin and oxytocin. With only 3-5 percent of mammals being monogamous, Donaldson focuses on one specific species: prairie voles.

Rather than looking for mate after mate, male prairie voles choose a partner for the rest of their lives. Donaldson calls it pair bonding and says by looking at brain scans of vole couples, she's found they have more, and differently distributed, receptors for vasopressin than some of their more promiscuous rodent cousins. She's found oxytocin, the hormone associated with trust and empathy, also plays a key role in bond formation and cell activation.

"We can actually map in the brain what might be different in the mating experience of, say, our monogamous species here and a closely related non-monogamous species of voles," she explains. "We know that as humans we have this, and it does actually reinforce our relationships. So some of the same hormones that make prairie voles sort of bond with each other serve to reinforce the bonds that we have. Not only with our significant other, but amongst friends and family."

There's still a lot to be discovered, Donaldson says. Right now, she and her colony of 100 voles are working on experiments to gain insight into the grief that comes with the loss of a loved one. As far as pair bonding in humans, we’re still pretty far away from finding the trick to “hacking” that.

"As scientists we're always trying to distill these complex topics like love down into something that we can study in an animal model," she says. "But at the end of the day, we need to keep in mind that our social world and our brains are a lot more complex than that of a rodent. And so I think some of the lessons that we're learning have been really informative for human biology. But we're nowhere near a Love Potion No. 9."