What A Mexican Drug Lord Does Before Escaping From Prison 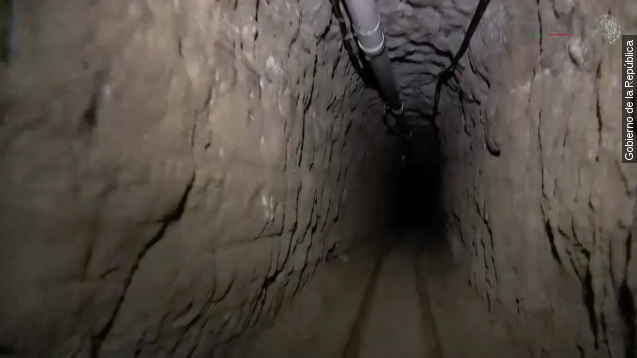 What does a Mexican drug lord do before he escapes from one of the most secure prisons in all of Mexico? Turns out, not much.

A little pacing, a change of his shoes, some crouching by the shower and voilà — he's gone. That's all it took for the notorious Joaquín “El Chapo” Guzmán to escape for the second time.

The cell was being watched via security cameras 24 hours a day, but by hiding in a blind spot in the shower, Guzmán was able to make his escape. He was wearing a tracking bracelet, but it was reportedly left behind.

There's a $3.8 million reward for any information leading to Guzmán's capture, and, according to CNN, at least 49 people have been questioned in connection with his Saturday escape.

The New York Times writes that, so far, Mexican authorities have declined U.S.-offered assistance, something the paper says highlights a growing strain between both countries.