White House: Russia Could Invade Ukraine Within The Week 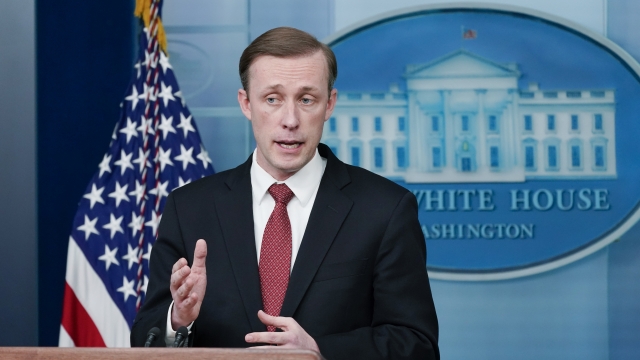 The White House said Friday that a Russian invasion of Ukraine could come within the week, possibly within the next two days, even before the end of the Winter Olympics, and urged Americans to leave the country now.

U.S. national security adviser Jake Sullivan said the United States did not have definitive information that an invasion has been ordered by Russian President Vladimir Putin. But he said all the pieces were in place for a major military operation that could start "rapidly."

"The risk is high enough and the threat is now immediate enough that prudence demands that it is the time to leave now," Sullivan said.

"We are not saying that a decision has been taken by President Putin," Sullivan said. "What we are saying is that we have a sufficient level of concern based on what we are seeing on the ground, and what our intelligence analysts have picked up, that we are sending this clear message."

Britain's defense secretary, meanwhile, is visiting Moscow in another effort to ease tensions over a possible invasion of Ukraine by Russia.

Russia is holding massive war games in neighboring Belarus and insisting that the highly strained relations is not its fault. Russia says it has no plans to invade but wants the West to keep Ukraine and other former Soviet countries out of NATO.