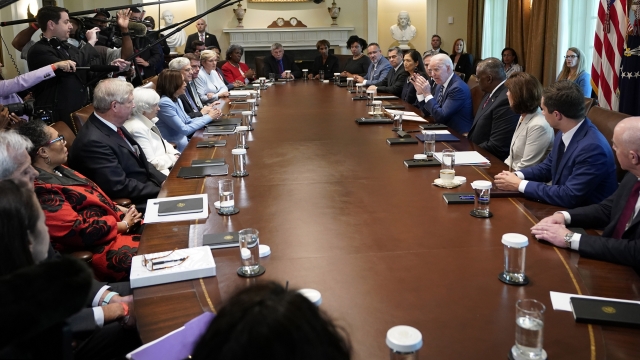 Congress’ attending physician says the delta variant has been detected on Capitol Hill.

Several vaccinated staffers and one member of Congress have tested positive.

Senate Minority Leader Mitch McConnell, a polio survivor, is urging anyone who hasn't been vaccinated to get the shot.

"These shots need to get in everybody's arm as rapidly as possible or we're going to be back in a situation in the fall that we don't yearn for that we went through last year," said Sen. Mitch McConnell.

One of House Speaker Nancy Pelosi's aides tested positive for COVID-19 after meeting with a group of Democratic state representatives from Texas who later tested positive.

Pelosi's spokesperson says the staffer didn’t come in contact with the speaker after exposure.

Psaki says there have been other vaccinated White House staffers who tested positive, but she couldn’t give a number.