WH Letter Criticizes Mueller For Lack Of Decision On Obstruction 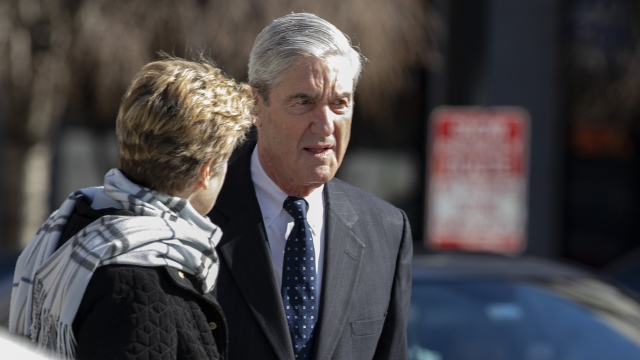 Despite some of President Donald Trump's public comments about the Mueller report, it appears he's not happy with at least one thing in it.

Emmet Flood, one of the White House lawyers, wrote a five-page letter to Attorney General William Barr spelling out "an extraordinary legal defect" in Mueller's report — specifically the lack of decision on obstruction of justice.

Flood called Volume 2 of the report, which is the half focused on obstruction, "part 'truth commission' report and part law school exam paper." He said a prosecutor isn't supposed to conclusively determine that no crime was committed. They're just supposed to decide if there's enough evidence to file charges or not. Flood accused Mueller and his team of playing politics by deciding to write that their investigation could not exonerate President Trump.

However, that ability to govern argument is one of the reasons why Mueller did not make a "traditional prosecutorial judgment" on obstruction of justice. The report said, "we recognized that a federal criminal accusation against a sitting President would place burdens on the President's capacity to govern and potentially preempt constitutional processes for addressing presidential misconduct."

Flood's letter also notes the White House voluntarily complied with the special counsel's investigation, but the same can't be said for the ongoing congressional probes. He wrote that those investigations raise separation of powers concerns, and he said the president plans to protect his staff from "congressional scrutiny."

Flood's letter doesn't ask Barr to do anything about Mueller's lack of decision. Rather, it's more of an official airing of grievances.