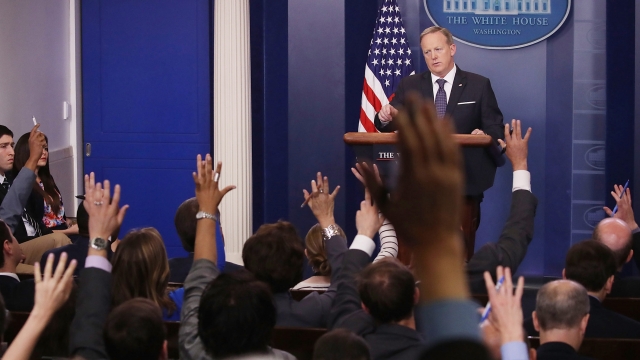 In his first briefing since President Trump returned from his nine-day international trip, White House press secretary Sean Spicer was looking to highlight the trip's successes.

"The trip sets the stage for a much more safe and prosperous nation back at home and a more peaceful world for all," Spicer said.

But reporters wanted to talk about something else: White House adviser Jared Kushner. It was their first opportunity to question Spicer about a Washington Post report published late last week.

The briefing came four days after The Washington Post reported the president's son-in-law and senior adviser tried to set up back-channel communications with the Russians during the transition. Reportedly of particular interest to the FBI, which is investigating possible collusion between the Trump campaign and Russian government, is Kushner's desire to base the communications at Russian government buildings.

"I'm wondering, Sean, if you could tell us when the president knew — whether the President knew at the time that Jared Kushner was seeking to establish back-channel communications at the Russian Embassy to the Russian government?" Washington Post reporter Philip Rucker asked.

"I think that assumes a lot," Spicer replied. "I would just say that Mr. Kushner's attorney has said that Mr. Kushner has volunteered to share with Congress what he knows about these meetings, and he will do the same if he's contacted and connected with any other inquiry." 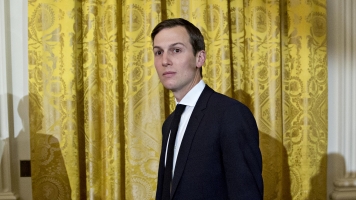 And that's pretty much all reporters got out of Spicer, despite repeated questions.

"What your question assumes is a lot of facts that are not substantiated by anything but anonymous sources that are, so far, being leaked out," Spicer said.

And he said, "You're asking if he approves of an action that is not a confirmed action."

"Does the White House dispute that that happened?" Rucker asked.

Spicer responded: "I'm not going to get into it. Your question presupposes facts that have not been confirmed."

While Spicer wouldn't confirm anything, he did point to comments made recently by Trump's secretary of homeland security and national security adviser.

"Secretary Kelly and Gen. McMaster have both discussed that, in general terms ... back channels are an appropriate part of diplomacy," Spicer said.

Spicer based his refusal to answer the questions on the fact that the Post and other outlets cited anonymous sources. But one reporter pointed out that Trump himself retweeted a Fox News article stating Kushner didn't seek a back channel. That article cited an anonymous source.