White House Directs Hicks, Donaldson To Not Turn Over Documents 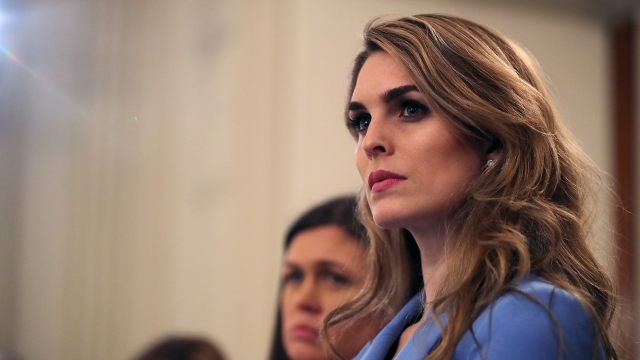 The Trump administration has directed former White House officials Hope Hicks and Annie Donaldson to not turn over government documents to the House Judiciary Committee.

Chairman Jerry Nadler issued the subpoenas as part of the committee's investigation into possible "obstruction of justice, public corruption, and other abuses of power" by President Donald Trump.

The subpoenas asked that the officials turn over requested documents by Tuesday, June 4 and then testify later this month. Lawmakers want to ask about potential obstruction instances outlined in the Mueller report.

The White House argues that Hicks and Donaldson couldn't provide the requested documents because of executive privilege.

In a statement Tuesday, Nadler said Hicks, who was the White House communications director and longtime Trump Organization employee, agreed to turn over some documents related to President Trump's 2016 campaign, and thanked her "for that show of good faith."

Nadler said: "The President has no lawful basis for preventing these witnesses from complying with our request." The White House has previously ordered other Trump administration officials, including Attorney General William Barr and former counsel Don McGahn to not comply with House subpoenas.