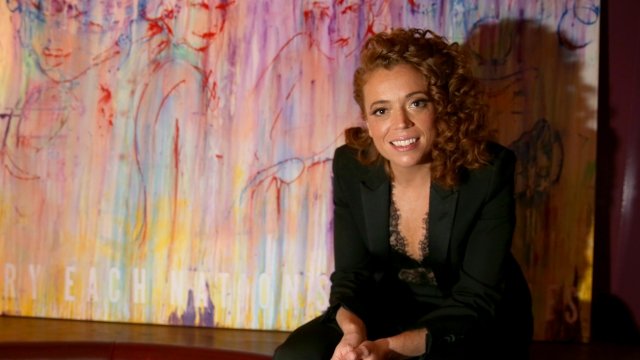 SMS
WH Correspondents' Association Responds To Criticism Of Comedian
By Carter Woodiel
By Carter Woodiel
April 30, 2018
The organization said comedian Michelle Wolf's roasting "was not in the spirit of [its] mission."
SHOW TRANSCRIPT

The association said in a statement that Saturday night's White House Correspondents' dinner was not meant "to divide people" and that Wolf's monologue "was not in the spirit of [its] mission."

The comedian roasted pretty much everyone in the Trump administration in her speech, as well as the attending media. Her remarks on press secretary Sarah Sanders seem to be getting people riled up the most.

"Like, she burns facts, and then she uses that ash to create the perfect smoky eye," Wolf said of Sanders. "Maybe she's born with it; maybe it's lies."

Some media members said Wolf was going too far by criticizing Sanders' looks. As for Wolf, she tweeted the joke was about Sanders' "despicable behavior," not her eyeshadow.

The White House Correspondents' Association said it recognizes members' concerns about the speech and emphasized that the dinner is supposed to be "an important opportunity to highlight" the organization's work.