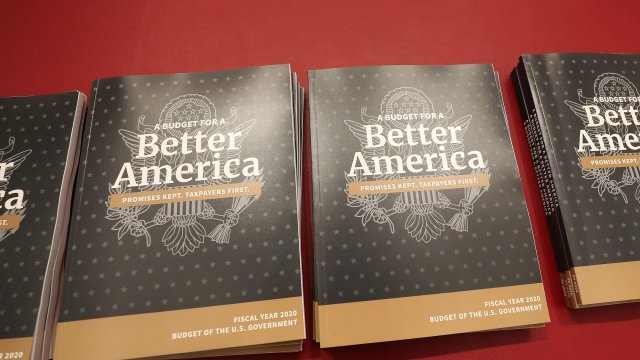 The president unveiled his 2020 budget Monday, checking off a list of priorities, including $8.6 billion for his border wall. Dive a little deeper and there are plenty of other things Democrats are taking issue with, including cuts to safety net programs and increased military spending. Among the most controversial is $1.9 trillion in cuts to programs like Medicare and Medicaid, along with work requirements.

The administration does want to fund other health programs; it's calling for $300 million more for HIV testing and medicine, plus more money to lower drug prices, raise opioid awareness and improve veterans' health care. Democratic congressman Dan Kildee says while he supports additional funding for veterans and managing the opioid crisis, the administration's priorities aren't helpful in the long run.

So what are all of the savings from these cuts going toward? The administration is proposing a 5 percent cut to all non-defense spending and giving defense a 5 percent increase: $750 billion for national defense.

The president's budget is a blueprint for what he wants Congress to do, because they hold the power of the purse. This is the first time he's going to send his budget to a Democrat-led House, meaning it's going to be even tougher for him to get what he wants.

The president may also find challenges among fiscal hawks in his own party over spending; the administration is now looking to balance the budget in 15 years instead of 10 and create a $1 trillion deficit for at least the next four years.