Arctic Sea Ice Is Melting, And It's Partly Your Fault 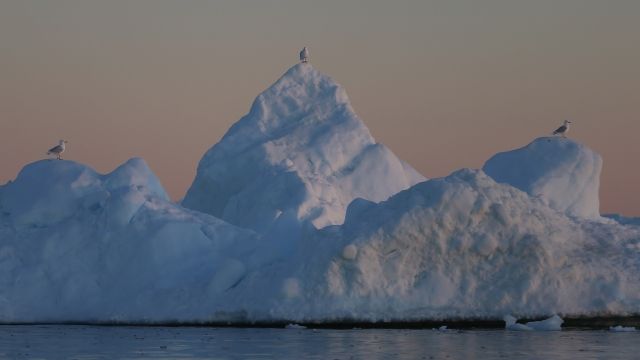 SMS
Arctic Sea Ice Is Melting, And It's Partly Your Fault
By Lindsey Pulse
By Lindsey Pulse
November 4, 2016
The average Westerner can melt around 30 square meters of Arctic sea ice per year, if not more, according to a new study.
SHOW TRANSCRIPT

Arctic sea ice is disappearing at an alarming rate, but scientists have had a hard time communicating that loss at an individual level.

Now, new research helps put that loss in perspective. Scientists have found that roughly 3 square meters of ice is melted for every metric ton of CO2 emitted, and individuals in some Western countries reportedly emit an average of 10 metric tons per year, per person.

That means an average Westerner's carbon footprint can melt more than 30 square meters of Arctic sea ice every year — and that's not slowing down.

Despite global climate initiatives like the Paris Agreement and the Kigali Amendment, predictions have sea ice almost completely gone within about two decades.

As part of the Paris deal, 55 nations that account for 55 percent of global emissions pledged to cap emissions to stop global temps from rising more than 2 degrees Celsius.

The Kigali Amendment targets hydrofluorocarbons, or HFCs, which are found in household items, like refrigerators and air conditioners, and contribute to climate change.

Melting Arctic sea ice is one of the largest visible signs of climate change, and it's declined rapidly in the past half-century.

And while we've seen a lot of reports on the global impact of carbon emissions, researchers say this is the first that shows individuals the effect they can have.