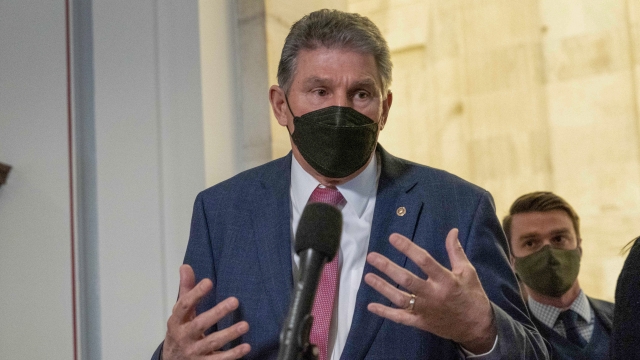 SMS
What Do West Virginia Voters Think About Sen. Joe Manchin?
By Nathaniel Reed
By Nathaniel Reed
January 25, 2022
Amid harsh criticisms from some in Washington, many in his home state say they have his back.

Voters Newsy spoke with in Charleston, West Virginia, are far removed from the Democratic infighting in Washington swirling around one of their senators, Joe Manchin.

Since Democrats took control of the Senate last year, Manchin has not been afraid to buck his party on controversial votes — like Build Back Better and voting rights legislation.

But amid harsh criticisms from some in Washington, many in his home state say they have his back.

"Seems like he's standing up for something that he believes in. And I'm glad that he is," voter Steve Blackwell said. "So I think he's doing a great job."

"You know, Joe's going out on a limb," voter George Saville said. "He could easily just say 'What, oh, yeah, let's spend more money and this is great,' but for him to actually care about how the money's spent ... It takes a lot of guts, I think, to go out on a limb like that, and risk your future and getting reelected."

Perhaps that's not a surprise in a state Donald Trump won by nearly 40 points in 2020. Despite his continued popularity at home, Manchin has come under harsh criticism, with progressive independent Sen. Bernie Sanders saying he would be willing to support candidates to primary Manchin.

"If there were strong candidates in those states who were prepared to stand up for working families ... If those candidates were there in Arizona and West Virginia, then yes, I would be happy to support them," Sanders said.

But West Virginia voters Newsy spoke with largely agree that any other Democrat in this red state likely wouldn't stand a chance.

"In this state, somebody more liberal than Joe Manchin — somebody who's not, I guess what you'd call a blue dog Democrat — is never going to get elected in this current political climate," voter Lucas King-Cochran said. "It's a very conservative state. And that's been solidified. I mean, not a single county voted blue in the last presidential election. And I think that polarizing the Democratic voter base against Joe Manchin is only going to hurt us in the long run."

Manchin isn't up for reelection until 2024, but it is clear on the ground here that his brand of moderate politics and his willingness to buck his party is a key selling point for voters in the Mountain State.