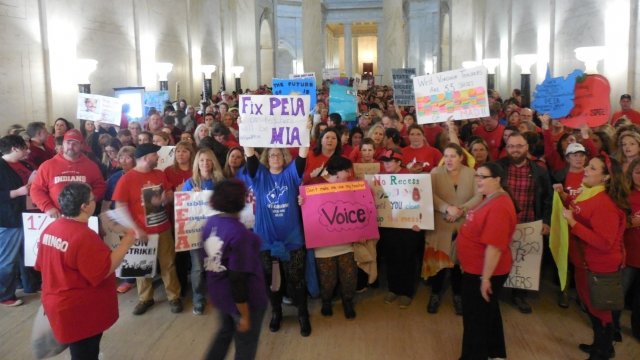 SMS
West Virginia Public Schools Are Still Closed Despite Pay Deal
By Briana Koeneman
By Briana Koeneman
March 1, 2018
Teachers were supposed to be back in the classroom Thursday as part of a deal proposed by Gov. Jim Justice earlier this week.
SHOW TRANSCRIPT

All public schools in West Virginia were still closed Thursday as a teacher strike over pay and benefits continued.

Teachers were supposed to be back in the classroom Thursday as part of a deal proposed by Gov. Jim Justice earlier this week. He said he'd like to see a 5 percent increase in teachers' wages statewide.

Justice's proposal passed the House of Delegates 98-1 on Wednesday. But the state Senate's president expressed some hesitation about the deal. And that made many teachers nervous.

As one teacher told USA Today, "We have been promised so many things for so long, and none of it comes to fruition. We want to see a firm commitment before we go back." 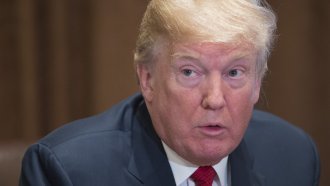 Trump Suggests Bonuses For Teachers Trained To Carry A Gun

Every public school in West Virginia has been closed since Feb. 22 because of the strike. Salaries for teachers in the state were ranked 48th in the nation in 2016.

A Senate committee is expected to take up Justice's proposal later Thursday.