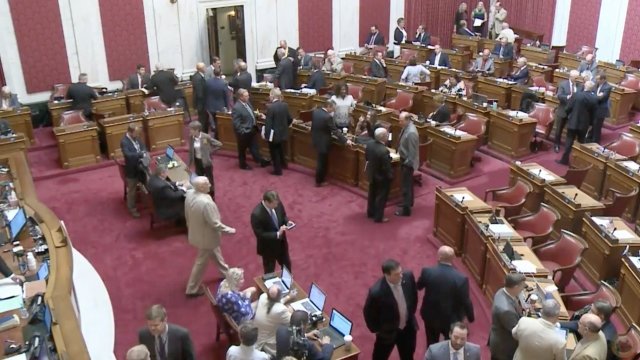 West Virginia lawmakers have voted to impeach all four of the state's Supreme Court justices.

The votes came a week after the state's House Judiciary Committee approved 14 articles of impeachment against the four judges. They're facing a number of charges, including authorizing the overpayment of senior judges, lavish spending on renovations to their court offices and private use of state resources.

The justices will now have to stand trial in the state Senate. The high chamber lawmakers will decide if the judges should be removed from office.

The court previously had five justices, but one pleaded guilty to federal wire fraud and resigned last month.

Lawmakers have until the end of the day on Tuesday to trigger a special election to fill the court vacancies. After that, West Virginia Gov. Jim Justice would have to appoint new judges.