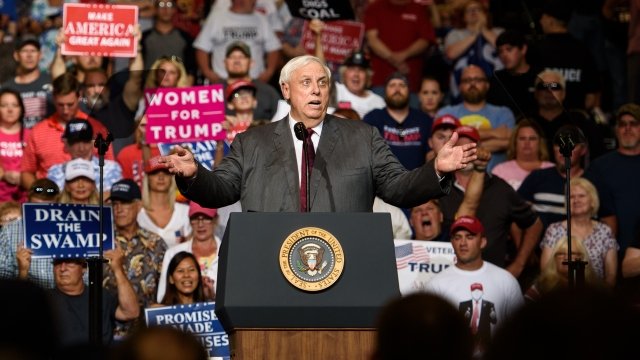 "Today, I'll tell you as West Virginians, I can't help you anymore being a Democrat governor," Justice said.

The former Democrat announced his decision to cross the aisle Thursday at President Donald Trump's "Make America Great Again" rally in the state.

Trump hinted at the announcement earlier at an event for the Department of Veterans Affairs, saying, "We're going to have a very big announcement, which will be very exciting, I think, for the media and everyone else."

The move may not be entirely surprising. Justice ran as a conservative Democrat and was opposed to Hillary Clinton during the 2016 presidential race. He also has some similarities to Trump, like being a billionaire and funding his own election campaign.

Justice made his fortune in the coal industry, but now his businesses are having financial problems. Trump's party may seem particularly appealing because of the president's promise to bring back coal jobs.

West Virginians also overwhelmingly support Trump. A Gallup Poll found that in the first six months of 2017, West Virginians overall approved of Trump more than people in any other state.