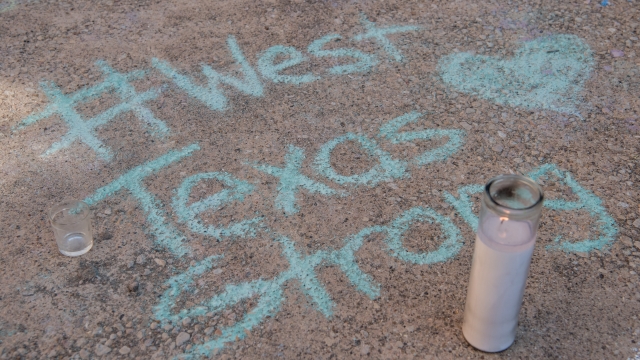 SMS
West Texas Gunman Was Previously Barred From Buying Firearms
By Ahmed Jawadi
By Ahmed Jawadi
September 4, 2019
Law enforcement officials said the man had tried to buy a gun legally but was denied after a background check flagged him.
SHOW TRANSCRIPT

The gunman who killed seven people and wounded more than 20 in a shooting in West Texas last Saturday was previously barred from purchasing a gun.

Federal investigators said Monday the man had tried to buy a gun legally, but was denied after a background check flagged him. The Texas Department of Public Safety told Newsy on Tuesday that the gunman attempted the gun purchase in January 2014. The department said it couldn't disclose why the man was denied the purchase, but multiple outlets reported it was because he was mentally unfit.

Texas Gov. Greg Abbott tweeted Monday that not only had the gunman "previously failed a gun purchase background check in Texas," but also that "he didn't go [through] a background check for the gun he used in Odessa."

Investigators are now looking into who sold the shooter the gun, as they believe he bought the weapon from a private seller. According to the Giffords Law Center to Prevent Gun Violence, although federally licensed firearms dealers in Texas are required to conduct background checks in most situations, the state does not require private sellers to do so. It is however a federal crime for private parties to sell guns to someone they know or have reasonable cause to believe can't legally possess a firearm, including if that person "has been adjudicated as a mental defective or has been committed to any mental institution."

The House passed a bill back in February that would require background checks for most private sales, but it has since been stalled in the Senate. In August, Senate Majority Leader Mitch McConnell said he expects the topic of gun background checks will be "front and center" in an upcoming debate on gun-related legislation. On Tuesday, McConnell said he would bring gun reform legislation up for a vote on the Senate floor if President Donald Trump endorsed it, as it would then have a chance of becoming a law.

The Senate is scheduled to reconvene next week.