Were Tourists Killed In Egypt Really In A Restricted Area? 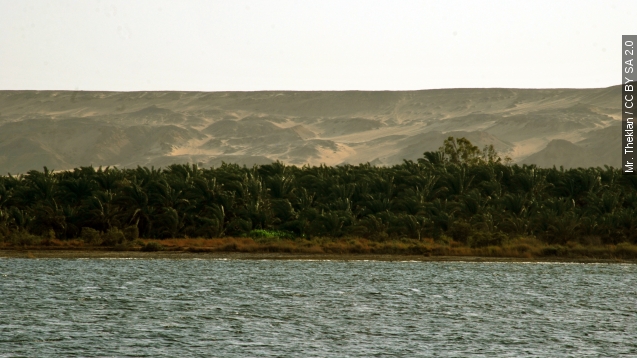 The Egyptian government is claiming the tourists its forces killed Sunday were in a restricted area. (Video via ERTU)

But in emerging reports, it's increasingly unclear whether the area, in the desert west of Cairo, was actually restricted.

At least 12 people, including Egyptian and Mexican nationals, died after coming under attack from security forces who the government claims had mistaken them for militants. (Video via Egypt Ministry of the Interior)

Egypt's Ministry of the Interior said a military task force was pursuing terrorists when it "accidentally engaged four 4-wheel drives belonging to Mexican tourists who were present in a restricted area," killing a dozen Egyptians and Mexicans and injuring 10 more.

The tourists were reportedly en route to the El-Wahat el Bahariya oasis, which is a popular tourist destination listed on several travel sites.

The tourist convoy was between Cairo and the oasis, which means it was likely closer to the capital than the border with Libya, which has become a hotbed for militants. (Video via CCTV)

The Egyptian government has had a hard time controlling the desert west of the oasis. More than 60 guards were killed in an attack on a military checkpoint in July of last year. (Video via Fox News)

The government says it has formed an inspection team to sort through the details of the tragedy and determine how the tourists ended up in the restricted area.

The Egyptian government is sure to face pressure from Mexican officials, including President Enrique Peña Nieto, who has already condemned the attack. (Video via Al Jazeera)