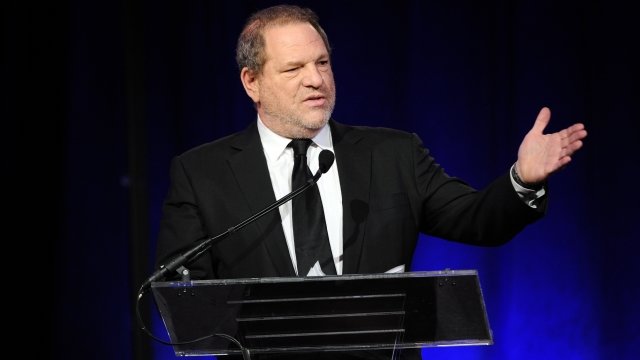 In an interview with "BBC Newsnight," actress Emma Thompson said Weinstein was "at the top of a very particular iceberg."

These women include Gwyneth Paltrow and Angelina Jolie.

Actors Blake Lively, Terry Crews and James Van Der Beek all came forward with their own stories about harassment and abuse in Hollywood. Each of them kept their alleged harassers anonymous.

Crews tweeted on Tuesday: "I understand and empathize with those who have remained silent. But Harvey Weinstein is not the only perpetrator. Hollywood is not the only business [where] this happens, and to the casualties of this behavior — you are not alone."

This recent flood of reports and accusations shed light on not only the severity of the issue but also the fact that many people in Hollywood might have known about it the whole time.

Even before the accusations against Weinstein came out, the mogul's alleged misconduct and temper were referenced in "30 Rock," "Entourage" and the Oscars.

Some say the problem might stem from Hollywood's "casting couch" culture — a term used to describe sexual exploitation during auditions. The term reportedly goes back to the 1930s, and despite past reports of abuse, Slate notes that very little has changed since then.