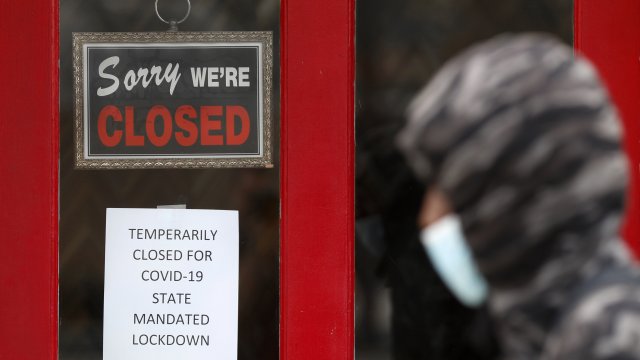 One hundred nine thousand more claims were filed than in the week prior, according to data from the Bureau of Labor Statistics. It marks the 18th straight week of claims topping 1 million.

The uptick comes as benefits included in the first round of stimulus are set to expire, specifically the additional $600 in unemployment insurance. Many economists say extending it will be helpful to the economic recovery. But not everyone in Washington agrees.

“People shouldn’t focus on the number right now. What people should focus on, this is intended to be wage replacement. So we’re focused on the percentage, which is about 70%,” Treasury Secretary Steve Mnuchin told reporters on Thursday.

Some Republicans in Congress say the extra $600 discourages Americans from returning to work, since some workers were receiving more from unemployment than their old jobs. It’s one of several sticking points that both sides need to hash out by the end of the month, when President Trump wants the next stimulus to be ready by.