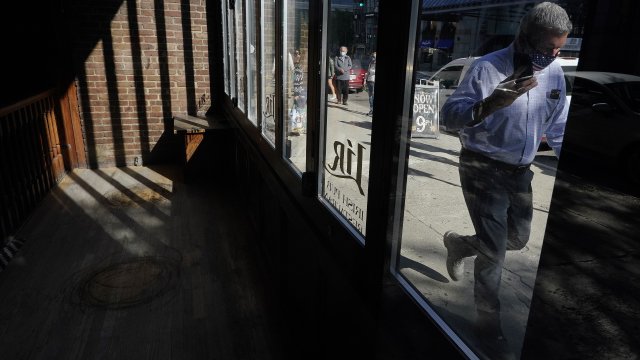 Experts warn the slowdown could exacerbate the economic downturn already caused by the pandemic.

“A prolonged slowing in the pace of improvement over time could trigger typical recessionary dynamics as weakness feeds on weakness,” said Federal Reserve Chairman Jerome Powell.

All told, over 25 million Americans are collecting some type of unemployment insurance. Meanwhile, lawmakers in Washington are still nowhere near another stimulus deal.

Treasury Secretary Steve Mnuchin and House Speaker Nancy Pelosi met twice Wednesday to discuss a bill that would provide relief exclusively to airlines. This comes a week after United and American began furloughs that could leave over 30,000 people out of work. A more inclusive bill offering financial assistance to other sectors remains unlikely.

“It became very obvious over the last couple of days that a comprehensive bill was just going to get to a point where it didn't have really much Republican support at all,” said White House Chief of Staff Mark Meadows.