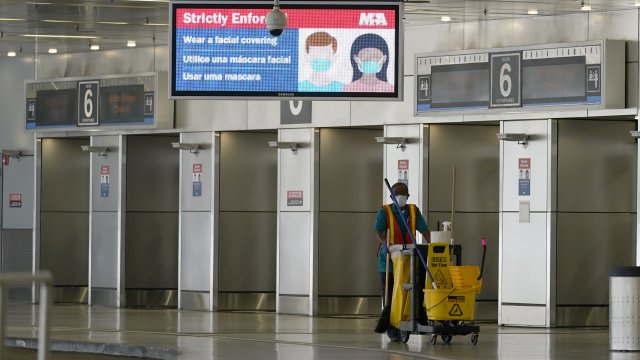 American Airlines and United both announced furloughs that will leave 32,000 employees without work.

837,000 Americans filed jobless claims last week. That’s 36,000 fewer claims than the week prior, and better than what economists expected. But it also comes as tens of thousands of layoffs are reported across several industries.

Wednesday was the last day of the Payroll Support Program, which provided financial assistance to airlines to keep workers on the payroll. On Thursday, American Airlines and United both began furloughing up to 32,000 employees.

In a statement to Newsy, Captain Joe DePete, president of the Air Line Pilots Association, said, “While government leaders have stated they will continue talks tomorrow, for many pilots, tomorrow will be too late—their jobs will already be gone.”

And it’s not just the airlines. This week, Disney said 28,000 theme park, cruise line, and retail workers would be laid off. A day later, Dow announced plans to cut six percent of its global workforce. Layoff announcements from Shell, Goldman Sachs, and Allstate followed.

On Friday, the last monthly jobs report before the election will be released. Economists are expecting 800,000 jobs were added in September. That would bring the unemployment rate down by 0.2%—demonstrating a slowdown in hiring, even before the layoffs.