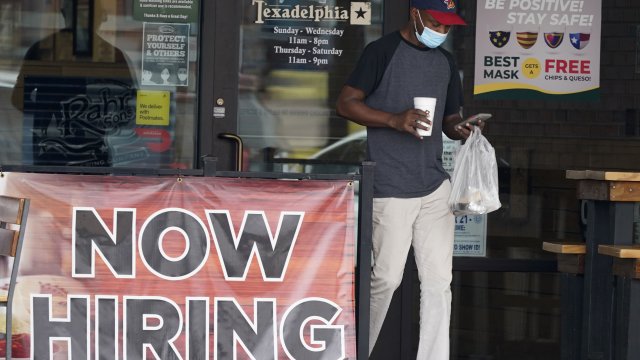 SMS
Weekly Jobless Claims Come In Lower Than Expected At 881,000
By Bianca Facchinei
By Bianca Facchinei
September 3, 2020
The drop in jobless claim numbers coincide with a new counting method used by the Labor Department to adjust for seasonal work patterns.
SHOW TRANSCRIPT

That’s because the Labor Department started using a new method to seasonally adjust the weekly figures. The old process accounted for normal disruptions in the job market, like teachers leaving the workforce at the end of the school year, that don’t apply in the COVID economy. So it could be that this week’s report came in lower due to that change, rather than a decrease in layoffs.

Still, the report came in better than expected. At the state level, Florida showed the largest decrease in claims, followed by Texas, New Jersey, Virginia, and North Carolina.

It comes just a day ahead of the monthly jobs report. Economists on Wall Street are expecting to see one million jobs added. But payroll provider ADP has a less optimistic projection, estimating we’ll see an increase of 428,000 jobs.