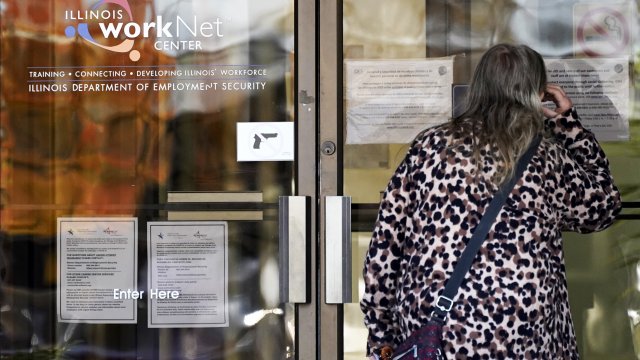 The jobless report came in higher than expected amid the COVID surge.

Around 742,000 Americans filed jobless claims last week. That’s higher than expected, and the first increase in a month.

The road ahead for the job market is unclear with COVID-19 cases rising. Some economists fear the resulting restrictions could reverse the gains made so far. Others warn of the potential effects of President Trump’s refusal to concede the election.

“We could easily have a double-dip recession,” said Austan Goolsbee, former chairman of the White House Council of Economic Advisors.

The pressure is on in Washington to do something, with benefits from the first round of relief set to expire at the end of the year.

“My sense is that we will need to do more, and that Congress may need to do more as well,” said Federal Reserve Chairman Jerome Powell at a European Central Bank conference.

The good news: the many vaccine developments from the past week. Experts welcome that progress, but also acknowledge it may not come in time to rescue the labor market.