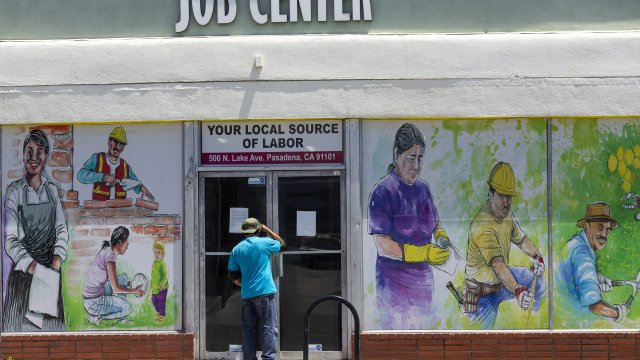 This comes as a surprise to most economists, who predicted lower figures. 1.1 million Americans filed unemployment last week, up from 970,000 in the week prior. The unemployment rate did fall to 10.2 percent in July, but experts say more layoffs could reverse that in August. In New York, Mayor Bill de Blasio said furloughs could be on the horizon for tens of thousands of government employees.

“There's going to be a huge fiscal impact on every agency of the city government,” de Blasio told reporters Wednesday.

That could erase the recent gains made in the Empire State, which saw the biggest decrease in initial claims last week. And it’s not the only U.S. city fearing more furloughs to come. Kansas City, Chicago and Birmingham, Alabama are all on edge.