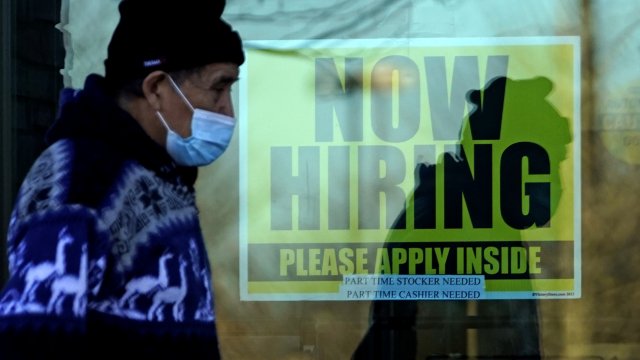 “There is a lot of work left to do here,” said Federal Reserve Chairman Jerome Powell.

The report did come in better than expected though the numbers reflect a holiday week. Still, restrictions following another COVID-19 surge could have an effect on hiring. A group of bipartisan lawmakers pitched a new relief bill this week, but it’s unclear if it can get the support it needs—especially from the White House.

“The president will sign the McConnell proposal that he put forward yesterday, and we look forward to making progress on that,” said Treasury Secretary Steve Mnuchin.

There’s now three potential deals on the table, but time is running out. That means the 20 million or so Americans currently getting some form of unemployment could be out of benefits by the end of the year, when business is already expected to slow.