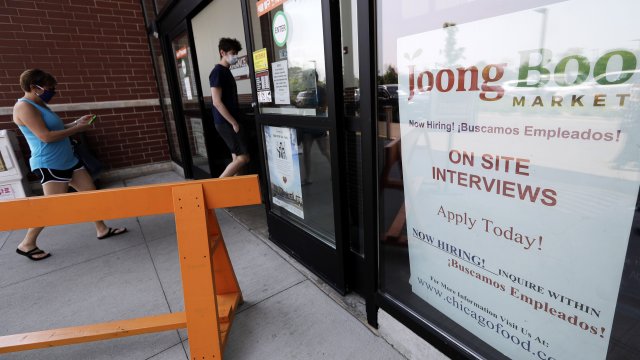 It’s the second week in a row where claims came under a million. But they did come in a bit higher than what economists were expecting. And continuing claims among people filing for at least two weeks increased to 13.38 million, up 93,000 from a week ago.

Six months into the pandemic, the labor market is still nowhere near its pre-pandemic self. But not every sector is suffering the same losses.

Amazon said Wednesday it’s looking to fill 33,000 corporate and technology jobs over the next few months, in addition to thousands of hourly roles.

It’s welcome news, considering the layoffs happening in and out of the tech industry.