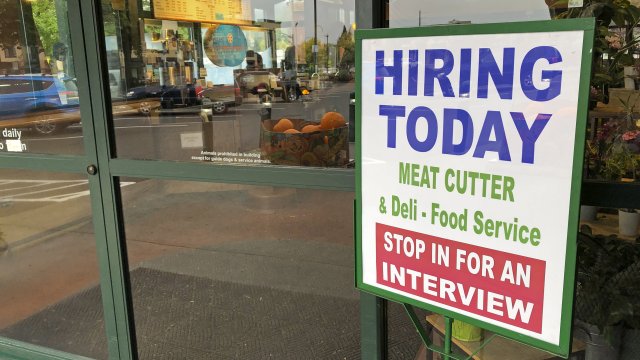 Weekly jobless claims came in at 751,000 — a bit higher than what most economists expected, and still well above pre-pandemic levels.

The good news is that’s 7,000 fewer claims than in the week prior. And over the course of the pandemic, claims have been trending lower since the peak in March.

But it’s unclear if that downward trend will continue this winter, with outdoor space no longer usable for businesses, from restaurants to retail stores. Coupled with a delay in loan relief from Congress, more layoffs could occur in the coming months.

Earlier this week, ESPN announced it’s laying off 300 workers and won’t be filling 200 open positions. And Nike said it plans to cut 700 jobs by January.

On Friday, the monthly jobs report will be out. Estimates vary between 365,000 and 643,000 jobs being added to the economy in October — either of which would show a labor market recovery slowdown.