Weekend Of Gun Violence Spurs Another Push For Gun Control 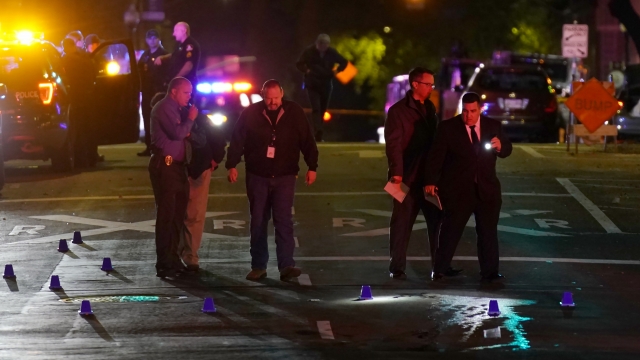 Rapid-fire gunshots sent a panicked crowd running, but for three men and three women, there was no escape.

"18 people were hit by gunfire, six have died," Sacramento Police Chief Kathy Lester said. "They were all adults."

A video posted to Instagram is now part of the investigation to find out who opened fire early Sunday in Sacramento. On Monday, police said a 26-year old man had been arrested.

"We have confirmed that there are multiple shooters," Lester said. "Investigators are currently interviewing numerous witnesses."

It wasn't the only mass shooting in the U.S. over the weekend. At a weekend concert near Dallas, a dozen people were shot, and one man died. At a Virginia shopping mall Saturday, one man was killed and two others were shot.

Gun control advocacy group Everytown for Gun Safety says every day, 110 Americans are killed by guns and more than 200 are shot and wounded, with 60% of gun deaths being suicides.

For Suzette Lewin, it’s too late.

"Too many guns on our streets, too many people who are willing to use those guns to harm innocent people," Mayor Eric Adams said. "So, all the talk about those who are shooting, what about the innocent people?"

California already has some of the toughest gun laws in the country. Gov. Gavin Newsom has signed more than a dozen gun laws just since taking office. Gun control advocates say even if Congress passes tougher gun control laws at the federal level, it’s not clear they would survive legal challenges.