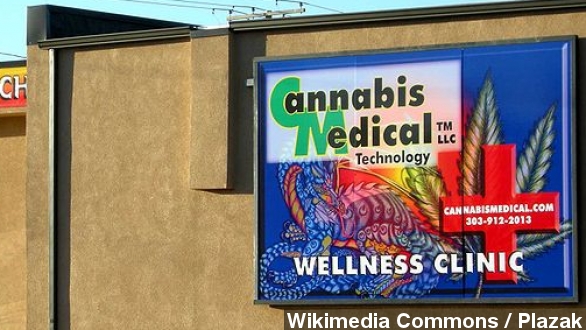 By Jasmine Bailey
April 2, 2014
A survey conducted by Web MD shows more than half of the doctors who participated support the legalization of marijuana.
SHOW TRANSCRIPT

A small victory for those fighting to legalize marijuana — a new survey suggests doctors are actually more supportive of the drug than the average consumer.

According to the survey 62 percent of doctors said medical marijuana can be helpful in treating certain medical issues while only 52 percent of consumers said the same. (Via KOMO)

"It has a whole host of therapeutic indications. I mentioned cancer patients, i mentioned AIDS patients. It's useful for glaucoma. It has antiinflammatory properties... It's been used for hundreds of years for a variety of aliments." (Via CBS)

According to HealthDay News, "Support for medical marijuana was highest among cancer specialists and blood disorder specialists. For those two groups, 82 percent said marijuana can provide real benefits to patients."

The WebMD survey looked at answers from more than 1,500 doctors and almost 3,000 consumers. However, don't count on the survey's findings having much bearing on whether states will actually legalize pot.

The site explains that's because, "Solid data on marijuana’s health benefits are lacking. Research has been limited because the federal government has designated marijuana as a 'Schedule I' substance, a designation used for the most dangerous drugs having 'no accepted medicinal use and a high potential for abuse.'"

But as states are starting to legalize it, more research is being done and doctors are keeping an open mind.

Here's the breakdown of what doctors said in the survey:

69% said it can help with certain treatments and conditions.

67% said it should be a medical option for patients.

50% of doctors in states where it is not legal said it should be legal in their states.

52% of doctors in states considering new laws said it should be legal in their states.

The survey gathered responses from doctors in late February and early March.