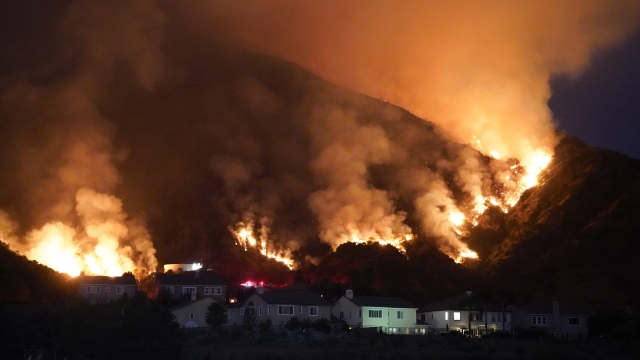 By Nathan Byrne
August 14, 2020
The Ranch Fire and Lake Fire in California have created challenges for firefighters.
SHOW TRANSCRIPT

Nearly 100 wildfires are burning across the United States as the West sees record heat.

Temperatures dropped overnight, allowing firefighters a chance to catch up a little. But with hot, dry weather and gusty winds ahead, that advantage is likely short-lived.

While the Ranch and Lake Fires have been hard for crews to keep up with, they did find success containing one fire east of Los Angeles and one in northern California, near Sacramento.