We've Been Given Proof That Sia Is Actually Normal 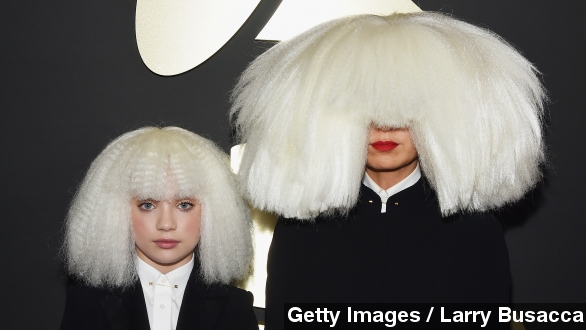 SMS
We've Been Given Proof That Sia Is Actually Normal
By Lauren Zima
By Lauren Zima
February 17, 2015
On "Watch What Happens Live" Monday night, viewers got some insight into Sia's surprisingly average hobbies.
SHOW TRANSCRIPT

Sia. No longer shall we be fooled by your wig-wearing, the hiding of your face or how you have female comedians perform your songs instead of you. We were given concrete proof Monday night that Sia is just like the rest of us. On "Watch What Happens Live," Kate Pierson of the B-52s talked about Sia, who worked on Kate's new album.

"She introduced me to 'Rehab Addict.'" (Video via Bravo / "Watch What Happens Live")

Yep, apparently Andy Cohen met Sia on Sunday at SNL's 40th anniversary special, and Sia told him she likes "Vanderpump Rules." And she got Kate into"Rehab Addict." So Sia's basically sitting around and watching Bravo and HGTV with the rest of us.

Well, except when she's hanging out with Beyonce.

Still, I've reached out to Sia in hopes she will be interested in a night of watching Bravo and HGTV and talking about refurbished marble together.