We're Not Used To News About Apple's Slow PC Sales 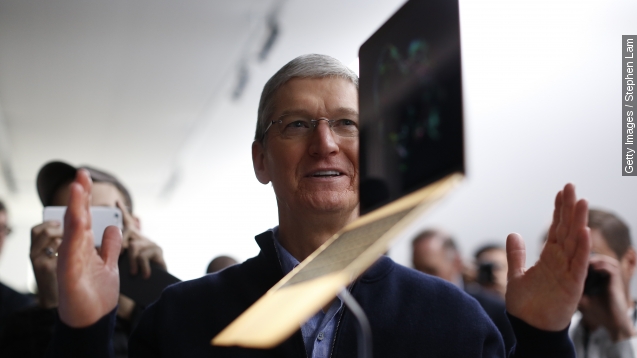 Apple's computer sales have slowed for the first time in two years. That's according to two research firms that claim to have accurate sales estimates.

The Wall Street Journal, which first reported the news, says the research firms — Gartner and IDC — disagree on what exactly the slowdown looks like. Gartner claims Apple had a mere 1.5 percent growth, while IDC says sales shrank by 3.4 percent. (Video via Apple)

We'd argue news of slowed computer sales isn't all that interesting in and of itself. After all, IDC recently reported a nearly 12-percent decline in overall sales of computers, which are being swiftly outpaced by sales of smartphones and tablets. (Video via Toshiba)

But when Apple — a company that typically defies the overall decline in the PC market — sees stalled growth, that catches analysts' attention.

So what's caused the decline? The Journal cites an IDC analyst who said a strong U.S. dollar was the likely culprit, as it made the computers more pricey in non-U.S. markets.

The stalled growth may be why we've seen so many companies — Apple included — focus their attention on more portable, yet still powerful, devices. We're looking at you, Microsoft. (Video via Microsoft)

As many outlets have pointed out, we'll hear the official word straight from Apple CEO Tim Cook's mouth Oct. 27. That's when the company will reveal financial results for the quarter. (Video via Apple)