We're Missing More And More Of The Night Sky 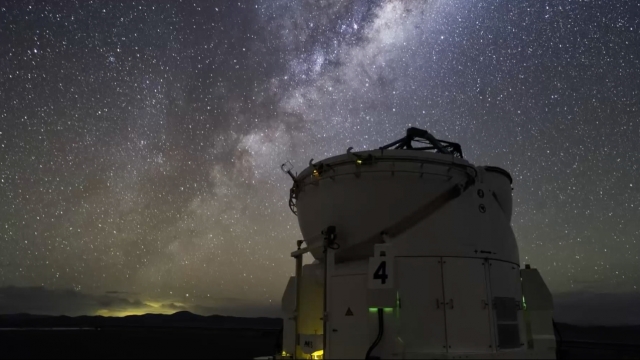 SMS
We're Missing More And More Of The Night Sky
By Evan Thomas
By Evan Thomas
June 10, 2016
Light pollution is cutting off more of the world from the full view of the night sky.
SHOW TRANSCRIPT

Scientists tell the story that when a 1994 earthquake rocked Los Angeles and knocked out the power, people started calling 911 because something was up with the sky.

They say callers said there was a "giant, silvery cloud" up there. It was the Milky Way. Our home galaxy.

Tall tale? Maybe. But the phenomenon of city lights blowing out the natural light of the stars is real — and it's getting worse.

Now, they say, "We've got whole generations of people in the United States who have never seen the Milky Way."

In some places, such as Singapore, pollution is so severe that residents might never see true night — and their eyes no longer adapt to full night vision.

For animals, light pollution can even be dangerous. Studies have shown it disrupts behavior patterns and even the balance between predators and prey sources.

Artificial light isn't as well-tracked as some other pollution. This new map is the first update in more than a decade. It was built from a combination of ground measurements and satellite data.

But there are still areas where you can get a proper dark sky — like Australia, Canada and much of the Western U.S.

And reducing light pollution is relatively easy — cover lights so they don't leak into the sky, use less light if you can — or just turn them off when you don't need them.