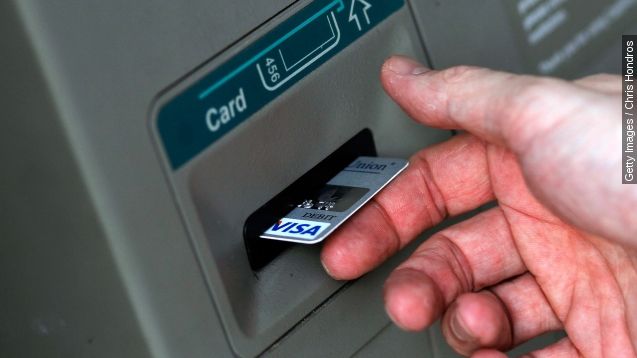 SMS
We Paid $6B In Fees To The 3 Biggest Banks Last Year
By Ben Lawson
By Ben Lawson
January 15, 2016
CNN and SNL Financial found that Americans paid a total of $6 billion in overdraft and ATM fees to JPMorgan Chase, Bank of America and Wells Fargo.
SHOW TRANSCRIPT

The top three banks made over $6 billion on ATM and overdraft fees last year.

That's according to SNL Financial and CNN Money.

They made $5.1 billion from overdraft fees alone.

The total average cost for using an ATM outside your network: $4.52.

Presidential candidates have recently taken up the issue.

"Can you at least just get back from them the $3 they charge us to get $20 out of the ATM machine?" asked "The Late Show" host Stephen Colbert.

"You know what we need to go after that, too — don't ya think? That's usurious," said presidential candidate Hillary Clinton.

"We must also cap ATM fees at $2. People should not have to pay a 10 percent fee for withdrawing $40 of their own money out of an ATM," said presidential candidate Bernie Sanders.

ATM fees have risen 4 percent in the past year.