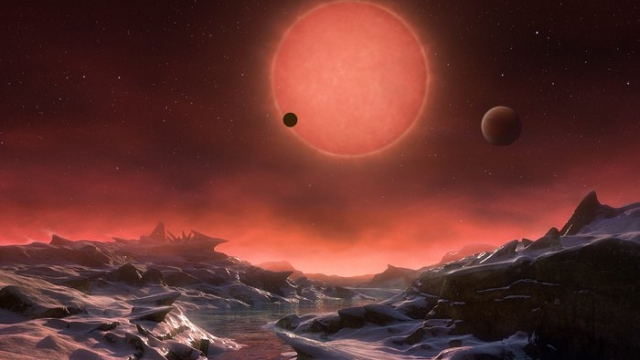 SMS
We Just Got (A Lot) Closer To Finding Life On Other Planets
By Ryan Biek
By Ryan Biek
May 2, 2016
Three planets that could potentially hold life have been discovered. And the star they revolve around is key to learning more about them.
SHOW TRANSCRIPT

That's not slang. The three newly discovered planets rotate around a star that's cooler, smaller and dimmer than our sun. Because of this, you can't see the star, known as TRAPPIST-1, with amateur telescopes.

Astronomers have spotted dozens of potentially habitable planets before, but the fact that this new trio orbits a dim star will actually make it easier to look for signs of life.

The key is the atmosphere, which is vital for life as we know it. Scientists will be able to study the way the star's light bends and distorts as it passes through the planets' atmospheres, which isn't possible around brighter stars.

One of the researchers who discovered the planets said, "If we want to find life elsewhere in the universe, this is where we should start to look."

This video includes clips and images from ESO.