We Couldn't Out-Spell These Grade-Schoolers; Could You? 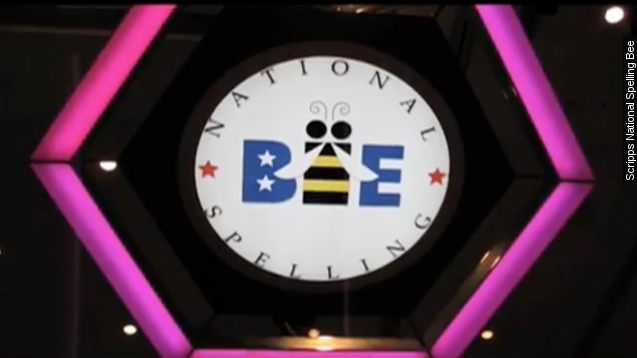 The Scripps National Spelling Bee starts Tuesday, but there's more to the competition than just difficult words — #spellfie, anyone?

B-I-N-G-O. It's probably one of the first words you learned how to spell 'cause, you know, Bingo was his name-o. But how about k-n-a-i-d-e-l? Doesn't have quite the same ring to it.

That was the winning word of the Scripps National Spelling Bee in 2013.

"You are the champion!" a woman said off-screen.

One of the winning words from 2014 was not easy to pronounce as evidenced by one co-winner who couldn't get it down.

"Just spell it," the moderator replied.

Enthusiasts ranging from third grade through eighth grade have gotten their spelling on since 1925. The winning word from that year?

"This one's kind of tricky. See if you can spell 'guetapens,'" a WMAR anchor said.

"The word is 'appoggiatura,'" a WMAR anchor said.

It also brings us cool things like the #spellfie. In 2014, that trended on Twitter and encouraged people watching the Bee to take a selfie.

To amp up some excitement for the upcoming Bee, the 2010 champion took to the streets to ask people to spell guerdon.

Preliminaries begin Tuesday, and finals will be Thursday.

There will be 285 participants, with nearly 70 percent from public schools. Thirty-six spellers have spelling in their blood, with relatives having participated in past Bees. It's almost 50-50 when it comes to male and female participants.

There's a $30,000 cash prize from Scripps for winning. That would be enough motivation for us, but "Words With Friends" is also giving a $5,000 cash prize, Merriam-Webster is doling out a $2,500 U.S. savings bond and Encyclopaedia Britannica is giving $1,100 worth of reference works.

Knowing how to spell apparently p-a-y-s. And a quick disclosure, Newsy is owned by the E.W. Scripps Co.