Wayne, Stark, Xavier ... Which Superhero Has The Most Cash? 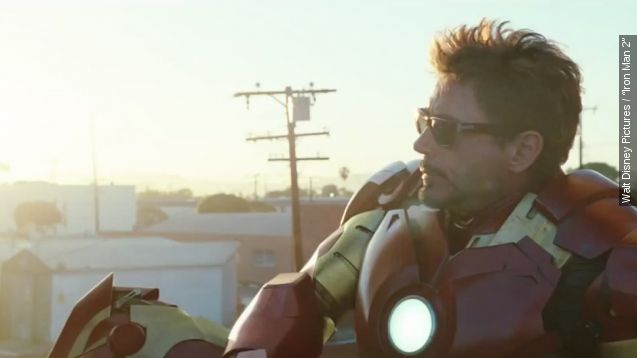 SMS
Wayne, Stark, Xavier ... Which Superhero Has The Most Cash?
By Jamal Andress
By Jamal Andress
July 9, 2015
Ever wonder just how much of a burden it is to maintain a Batcave? Here is everything you’ve ever wanted to know about the richest superheroes.
SHOW TRANSCRIPT

You ever hear Tony Stark talk about his money problems? Or wonder just how much of a burden it is financially maintaining a Batcave?

Well, for the superhero nerds out there, Money has laid out everything you’ve ever wanted to know about the world's richest superheroes.

First up: Professor X, the leader of the X-Men and founder of the "School for Gifted Youngsters." Maintaining any school is going to be costly, but add Cerebro, fighting Magneto on a fairly regular basis and the X-Jet and we’re talking serious bills. (Video via 20th Century Fox)

Despite all of this, Professor X is worth about $3.5 billion. That’s according to “New X-Men” character Fantomex who tried to extort money from the professor.

Professor X’s net worth seems a little disappointing considering the telepathic abilities and all, but maybe winning the lotto would be too suspicious.

Dealing with crime-fighting has got to make running the biggest company in Gotham hard. And considering Gotham has dealt with The Joker, Bane, and Ra's al Ghul over the past few years, Wayne Enterprises has got to be considering relocation right? (Video via Warner Bros.)

Well, despite the extremely bad fortune of Gotham City, Wayne Enterprises is doing just fine — and so is its CEO. Thank God for Lucius Fox.

And lest we forget, CEO of multi-billion dollar weapons company Stark Industries. If Tony Stark is not the richest superhero, he definitely has the most fun.

Mr. Stark tops out our list with a $12.4 billion net worth while Stark Industries boasts an annual revenue of just over $20 billion.

But we’re still waiting on this year’s numbers. That whole Ultron fiasco had to be expensive.