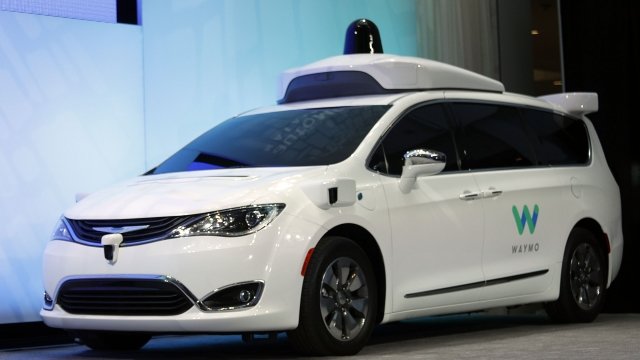 The company announced Thursday it's adding 62,000 Chrysler Pacifica minivans to the fold.

Fiat Chrysler said back in January that it would supply "thousands" of vehicles to Waymo starting at the end of 2018. Waymo wants to launch an app-based autonomous taxi service in Arizona later this year as well.

But Waymo isn't just expanding its fleet and increasing ride-hailing competition. The company is also exploring selling autonomous cars directly to the public.

If those plans come to pass, Fiat Chrysler dealerships would carry vehicles equipped with Waymo self-driving technology. The company hasn't announced a timeline for that endeavor.